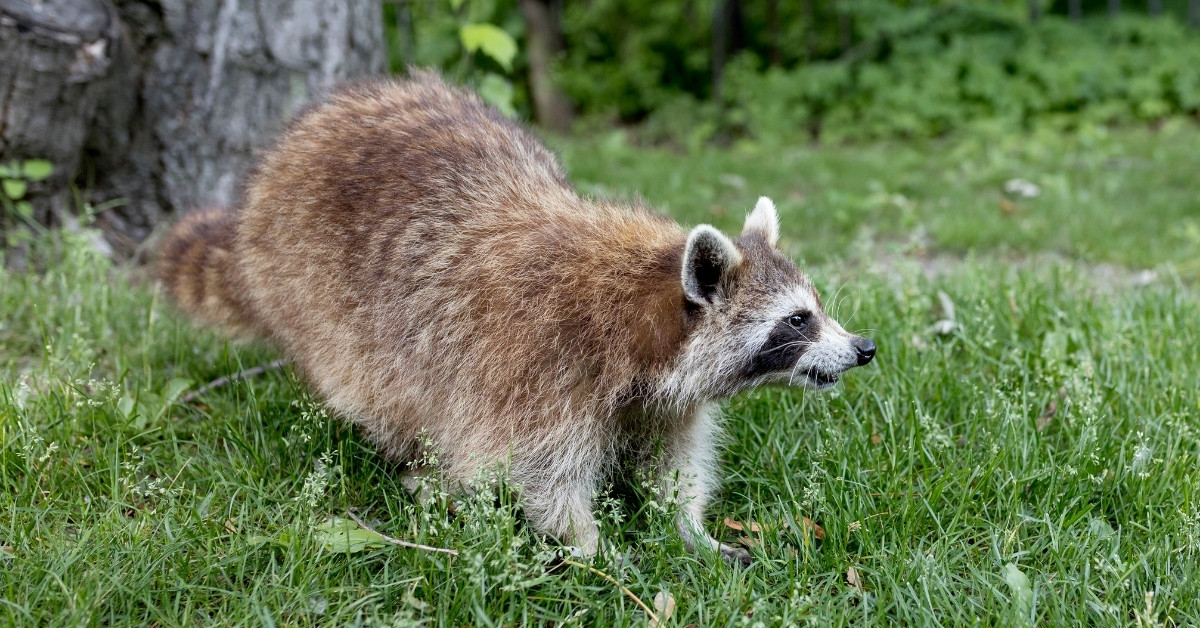 If you’ve been wondering what does it mean, and what should you do if your dog gets bit by a raccoon, you’ve come to the right place.

Raccoons are one of the most common animals for rabies and many other diseases. If your beloved dog decides to mess with one, biting him or getting bit, you should contact your vet immediately to seek professional advice.

Can My Dog Catch Rabies From A Raccoon?

Yes, your beloved dog can certainly catch rabies from coming into close contact with a raccoon.

If you haven’t ever needed to look into rabies, it’s a disease that attacks the central nervous system in animals. And raccoons along with other animals, such as skunks, are a prime source of rabies.

If your pet trades saliva with the raccoon, it is highly likely it will contract rabies.

Raccoons are a very common source of rabies and it is passed through urine and saliva. If your dog has bitten or got bitten by a raccoon, the disease can easily be passed into the bloodstream.

It can also get in because of an existing wound that is exposed to the raccoon’s saliva. This could be through licking.

You should always contact your vet as soon as this happens to make sure they get the best form of treatment.

Can My Dog Get Sick From Biting A Raccoon?

If your dog has gone to bite a raccoon, it’s likely they will have come away with bites from the raccoon too, as they are very quick and will defend themselves.

Not only should you contact your vet following this incident, but you should also contact your local health department for yourself.

You must protect yourself from the diseases that are carried by raccoons. Their rabies can be contracted through saliva but other diseases can also be caught through their urine or blood.

Rabies isn’t the only thing your dog can catch from a raccoon. When dogs and raccoons share bodily fluids, raccoons can pass along a range of different parasites.

If your dog has come into close contact with the raccoon, this will likely result in your dog becoming sick.

Raccoons can also carry roundworms which can easily be contracted by your dog. They are also prone to a bacterial infection known as leptospirosis.

You should make sure that your dog is fully vaccinated against leptospirosis if raccoons can be found in your local area.

How Long Does It Take For Rabies To Show In Dogs?

The incubation period, which is the time it takes for the symptoms to show, can be anywhere between one day to one year. However, with dogs specifically, the timescale to see symptoms is usually about 2-4 months.

There are other things that can speed up the process of seeing symptoms, such as:

What Are The Signs That Suggest Rabies In Dogs

There are several signs, dependant on the type of rabies your dog has contracted.

Following the bite from the animal in its rabid state, the disease progresses in stages.

In the first phase, the dog undergoes a marked change in behavior.

Quiet dogs may become increasingly agitated and active pets will change to become shyer and more reserved. This stage can last anything up to 3 days.

Can A Raccoon Kill A Dog?

Whilst it is possible for a dog to come into close contact with a raccoon, unless you live in an area where this is very likely, it isn’t common for a raccoon to attack a dog without a valid reason.

Generally, the only time you will see this is when a raccoon is foraging through your bins for food. They are intelligent creatures and will keep out of the way of human beings for safety.

However, if a raccoon is rabid due to rabies, it may attack your dog if the situation presents itself.

The main concern for your dog is rabies, without proper vaccination, this could eventually kill your dog.

Raccoons are quite fast and can reach speeds of up to 15mph which is quite fast even for a dog that generally peaks at 18mph.

Cats are not considered to be a threat to raccoons as they are very nimble and can generally avoid them.

The paths of a dog and a raccoon do not tend to cross as raccoons are more likely to forage during winter and at night. During this time, your dog will be either inside or not too far out of sight.

If you have a larger dog, the battle is pretty much one-sided and your dog shouldn’t struggle to ward off a raccoon. If you own a small dog, it’s more of a problem as the raccoon may feel safe to stand its ground.

However, as mentioned above, the problem is not the physical attacks of the raccoon, but the likelihood of passing rabies through saliva.

What To Do If My Dog Was Bitten By A Raccoon?

If your dog is unfortunate enough to be bitten by a raccoon you should be careful to avoid getting the disease yourself. You should contact your vet straight away to make sure your pet gets the best attention.

All dogs should have been taken for their vaccinations to prevent contracting rabies.

In addition to protecting your animal, local health authorities will want to put down an animal that is a threat to the locals if they are suffering from rabies which could infect other pets.

How Do I Know If My Dog Has Rabies?

If your dog is bitten by a raccoon or even a different animal that has the potential to transmit rabies, pay close attention to their behavior. Call your vet immediately after you notice something is wrong.

You’ll notice that your dog seems restless and can become irritable very quickly. There might not be aggression as rabid animals can be strangely affectionate.

Your dog may go through different characteristics such as, normally very happy and bubbly to quiet and relaxed.

This change in behavior can last up to 3 days and as the dog’s owner, you will be able to tell a difference in your pooch. You should then be on the watch for the following:

Rabies is one of the most fatal viruses that can affect most mammals, including us humans. It is a virus that is transmitted through saliva, blood, or urine.

According to the National Center for Biotechnology Information, rabies is one of the oldest recorded infections of mankind.

Also, did you know that according to the WHO, globally, rabies causes a suspected cost of over 8 billion USD?

Can A Dog Die From A Raccoon Bite?

There is currently no cure for rabies, and once this is contracted through a rabid animal like a raccoon, rabies is near enough 100% fatal.

The best way to stop this is to make sure your dog is up to date with its vaccines to prevent the virus from attacking your pet.

Unfortunately, once the main signs occur, an animal will generally die within five days.

A raccoon that isn’t rabid, however, or does not have rabies, won’t kill your dog. It’s likely if your dog is of a large breed, it will come out on top if the two do actually cross paths.

Raccoons are, however, classed as a ‘vector’ species of an animal when it comes to rabies. This means that they are considered to be one of the most likely animals to transmit the virus.

The problem with raccoons is that they don’t just carry potential rabies. They are likely to carry other threatening diseases that could harm your pooch. A common problem is a bacterial disease called leptospirosis.

This disease can be spread through urine and water contamination. Leptospirosis attacks from the inside doing major damage to the kidneys and the liver. It is a worrying disease that can prove to be fatal for pets.

You should always consult your vet after your pet has come into contact with a raccoon, regardless of how minor the incident was.

What Should I Do If A Fight Breaks Out Between My Dog And A Raccoon?

In near enough every situation, a raccoon will run away if a human or a dog is close by.

It is very rare for a raccoon to stand its ground and fight your pet. If your dog is unlucky enough to be challenged by a raccoon or your dog decides to attack, then you should stop it as soon as possible.

The most valuable reason for making sure you are fully covered up is not to protect against physical attacks, but to stop yourself from getting rabies from the raccoon.

What Should I Do After My Dog Had A Fight with A Raccoon?

After the fight has finished, make sure that you have fully checked yourself for wounds.

Regardless of whether you feel anything, there’s a chance you may have been bitten or scratched by the raccoon.

Under no circumstances should you start rubbing your eyes or putting your hands in your mouth. Make yourself very conscious of the situation to stop yourself from doing this.

Touching any open wounds could cause rabies to go inside of you. If you’ve come away unscathed, make sure you wash your clothes and your body very thoroughly to neutralize any chance of rabies being left over.

You should then consult your vet regarding your dog to make sure that they are well and be sure to pay close attention to them over the next few days to ensure that their temperament is normal.

Changes to this can be a symptom of the virus developing.